The community from across UCL has been showing their support for the #BringThemIn Campaign by sending the Provost postcards explaining why they think it’s important to have all our colleagues directly employed by UCL.

Members and activists of UNISON UCL branch have been fighting as part of the #BringThemIn campaign for staff employed on outsourced contracts to be brought in house and be offered the same employment benefits as directly employed staff. Currently outsourced workers are not given the same sick pay, holiday entitlements, pensions, overtime benefits and parental leave as colleagues employed by UCL. UCL UNISON believes this is unfair and unjust, and demands that UCL end these unfair outsourced contracts and give all their staff the dignity they deserve.

The UCL community has been coming out in the hundreds to support this campaign through writing postcards to the Provost, Professor Michael Arthur, and letting him know that we care! One supporter wrote, “It is crucial that cleaners, catering and security staff get back in house, without their contribution UCL wouldn’t be where it is now – they are the reason why the university is ranked one of the top of the country. It’s shameful for such a renounced institution to save money on the work of its employee”.

Another supporter of the campiagn wrote, “they are a huge part that make what UCL is! All their dedication, commitment to, and care for, students and staff should entitle them to have the same terms and conditions as those directly employed”. 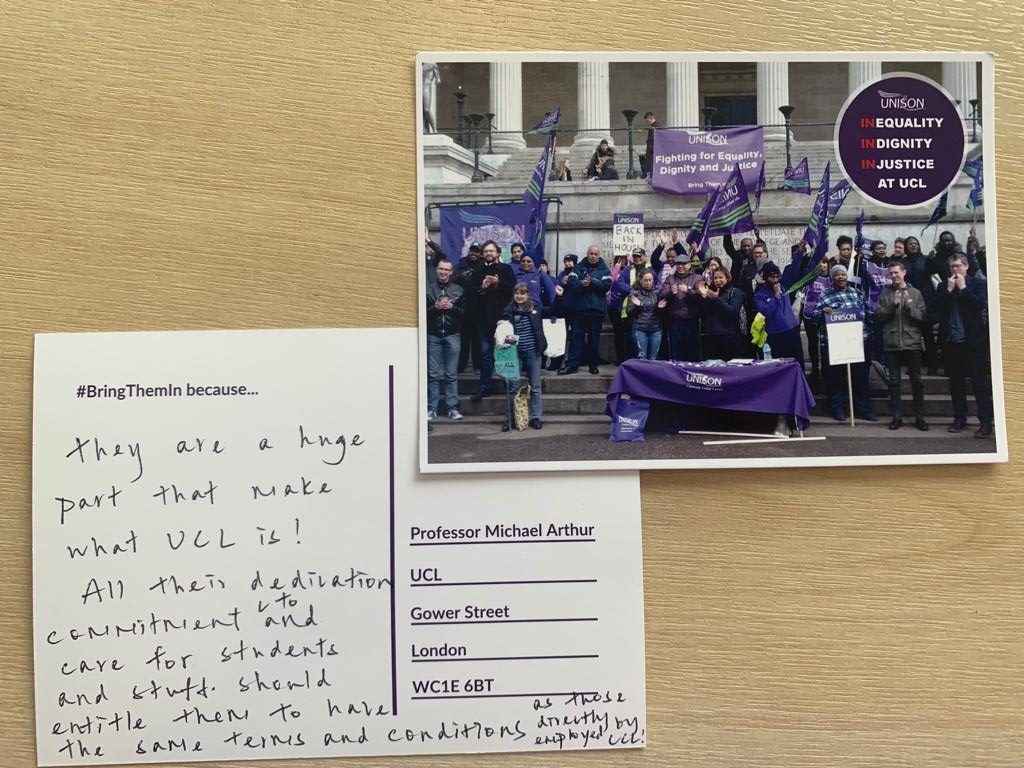 These postcards can either be put in internal mail to get to the Provost or are delivered directly to the Provosts office by UNISON for him to hear how the university he leads feels about the unfair treatment of staff at UCL. On Tuesday 1st October, 2019 our committee members Kate Geller, Communications Officer and Jacqueline Sheehan, Branch Secretary delivered the first batch of hundreds of postcards directly to his office. 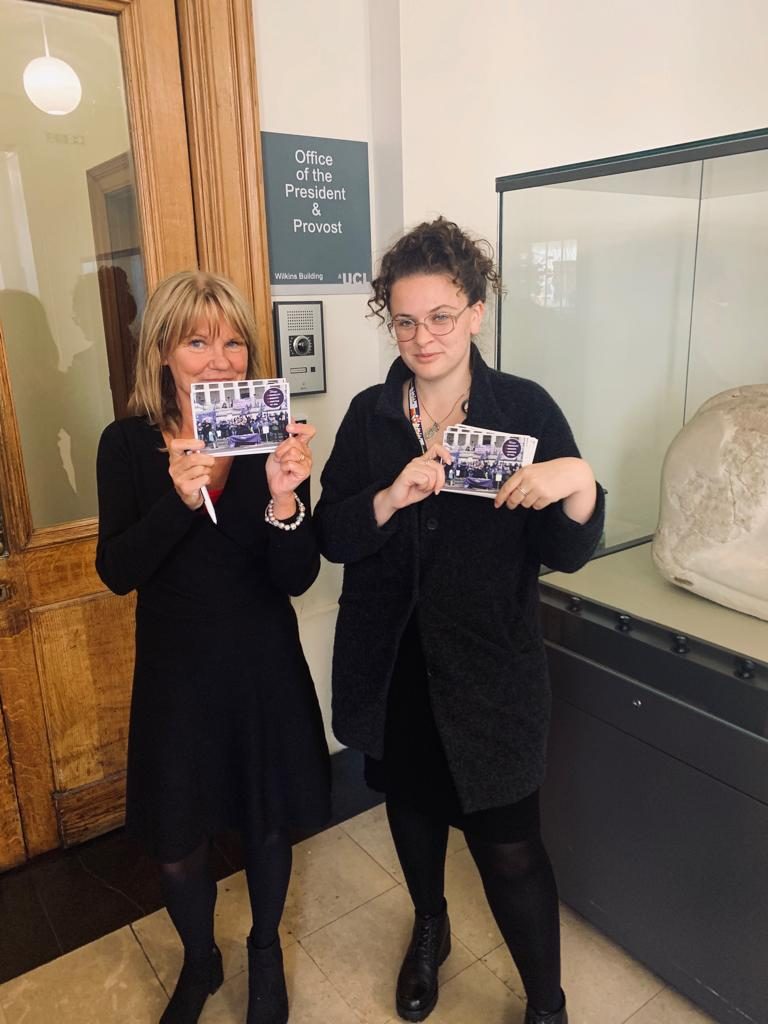 If you’d like to send a postcard and let the provost know how you feel contact any of our directly employed or out-sourced UNISON reps to get a copy. Or if you’d rather you can sign our petition and show you care!

UNISON Report: Gender equality and dignity for females at work in Higher Education regarding menstruation needs

We use cookies on our website to ensure you find the information you need in the simplest way. By continuing to use our website you are consenting to their use. Find out more about cookies and how we use them.